← back to
Chapter Music
Get fresh music recommendations delivered to your inbox every Friday.
We've updated our Terms of Use. You can review the changes here.

by Hit the Jackpot 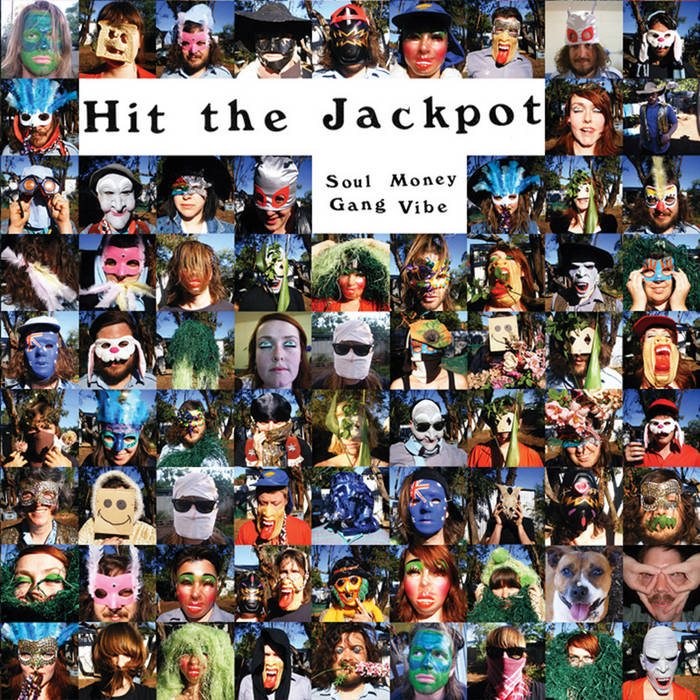 Adelaide trio Hit The Jackpot play simple, noisy pop songs, swapping instruments and sharing vocals. They believe that enthusiasm and sincerity are more important than technical proficiency, and take inspiration from the likes of Beat Happening, Dinosaur Jr. and The Clean.
It’s appropriate, then, that they are releasing their new album Soul Money Gang Vibe through Chapter Music, the home of Australian DIY music for more than 15 years. The ten tracks on the album were recorded in the second half of 2007 at the band’s own home studio. Cobbled together over the last few years, this studio has also been used by the likes of Kiosk, Birth Glow, Lindsey Lowhand and Batrider.
Hit the Jackpot formed as a two piece in early 2003, com- prising young couple Jess Thomas and Kynan Lawlor. With a sparse but dynamic lineup of drums and guitar they played just a handful of shows before supporting Sonic Youth on their 2004 Australian tour. They released a self- titled EP around the same time, which ended up in the number three spot in Adelaide radio station 3D’s Top 100 for 2004.
Hit The Jackpot were joined by Sebastien Calabretto (and a bass guitar) in 2005 and released their debut album Clowns in 2006. With Seb leaving for the grey shores of England early in 2008, Hit the Jackpot have now recruited old friend Scott O’Hara (Lindsey Lowhand, True Radical Miracle), and are gearing up for a national tour in support of the new album.
Aside from Sonic Youth, Hit the Jackpot have played along- side such international acts as Calvin Johnson, Les Savy Fav, J. Mascis, Dan Deacon and Pretty Girls Make Graves, as well as Australian artists such as My Disco, The Luck- smiths, Crayon Fields, Clue to Kalo, Oren Ambarchi, Wolf and Cub, Architecture in Helsinki and Love of Diagrams.

Bandcamp Daily  your guide to the world of Bandcamp

Hath frontman Frank Albanese stops by on a supersized, year-in-review edition of the Metal Show.